The month of October has a variety of birthstones associated with it including Tourmaline and Pink Sapphire, but most commonly Opal is named the official birthstone. 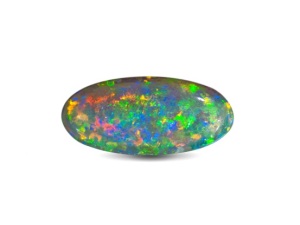 Opal is known for its unique display of flashing rainbow colors called play-of-color. Play-of-color occurs because the stone is made up of sub-microscopic spheres stacked in a grid-like pattern—like layers of Ping-Pong balls in a box. As the lightwaves travel between the spheres, the waves diffract, or bend. As they bend, they break up into the colors of the rainbow, called spectral colors. Play-of-color is the result.

Many cultures have credited opal with supernatural origins and powers. Arabic legends say it falls from the heavens in flashes of lightning. The ancient Greeks believed opals gave their owners the gift of prophecy and guarded them from disease. Europeans have long considered the gem a symbol of hope, purity, and truth. 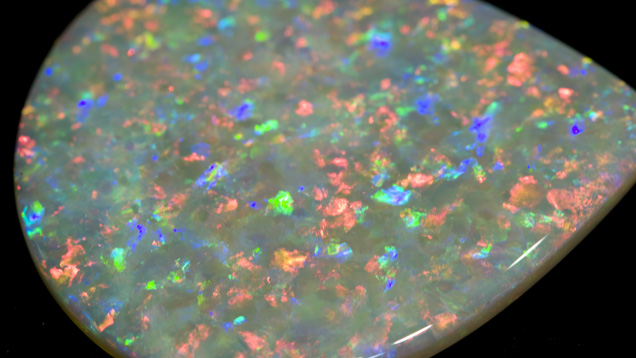 Some people think it’s unlucky for anyone born in another month to wear an opal. That particular superstition comes from a novel written in the 1800s (Anne of Geierstein by Sir Walter Scott), and not from any ancient belief or experience. In fact, throughout most of history, opal has been regarded as the luckiest and most magical of all gems because it can show all colors. Once, it was thought to have the power to preserve the life and color of blond hair.

Make sure this account has posts available on instagram.com.