It has been almost six months since iconic wife and White-house legend, Nancy Reagan died. She was her husband\’s champion and dear companion throughout his political career and long struggle with Alzheimer\’s disease. She was also a woman all her own, blazing a path of reform from the White House to Capitol hill. She pushed for change from the smallest details, like updating the White House china, to launching a huge anti-drug campaign and pushing for more Alzheimer\’s research.

This September, beginning the 19th, Christie\’s auction house is auctioning off Reagan keepsakes, including quite a large selection of the former First Lady\’s jewelry. Among the notable pieces is this gold lion pendant-brooch and earring set, estimated to be worth $30,000-$50,000: 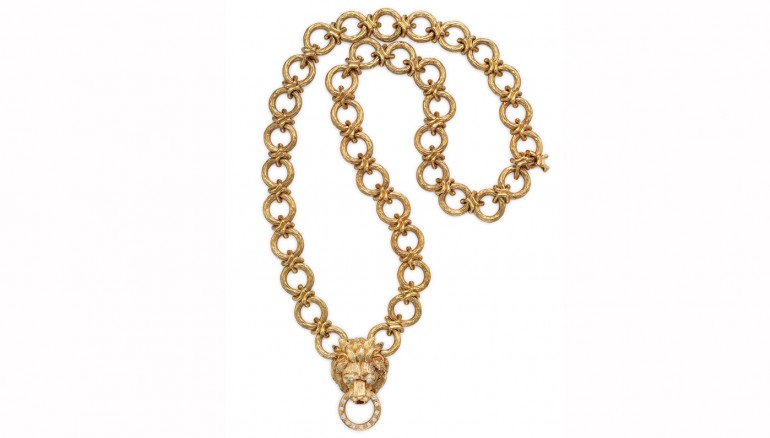 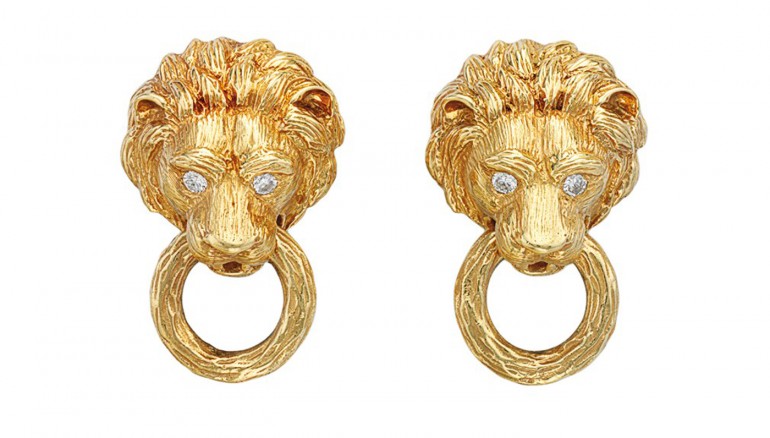 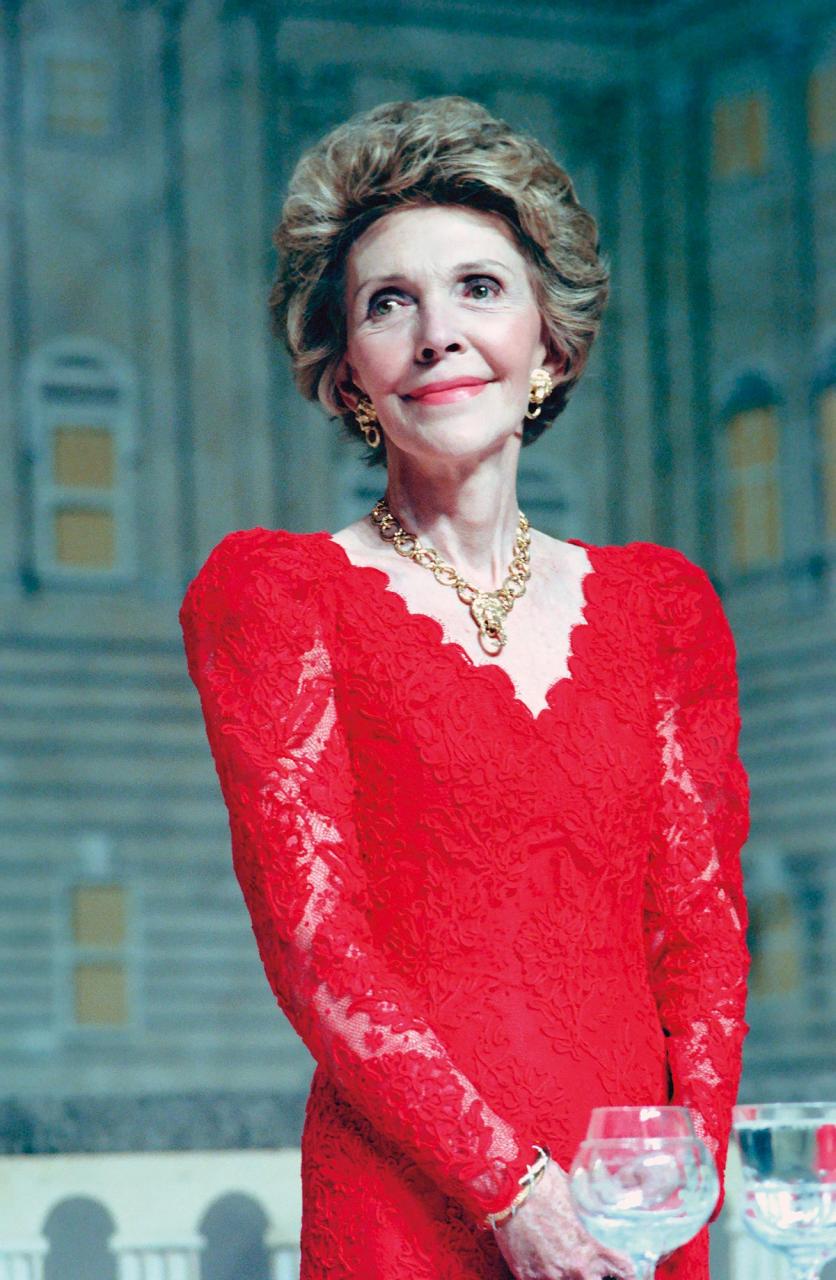 The necklace–made with 18 karat gold and studded with diamonds–can be worn long or short, with or without the lion brooch. It also separates into several bracelets.

Another showstopper is this sapphire, ruby and diamond American flag-motif ring by Bulgari, estimated to be worth $5,000-$7,000: 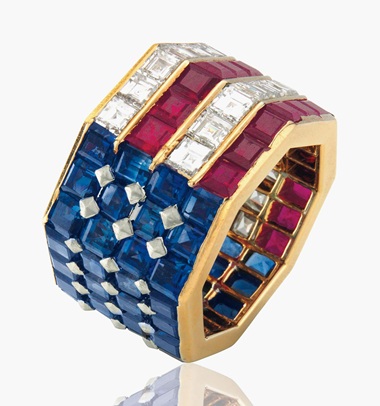 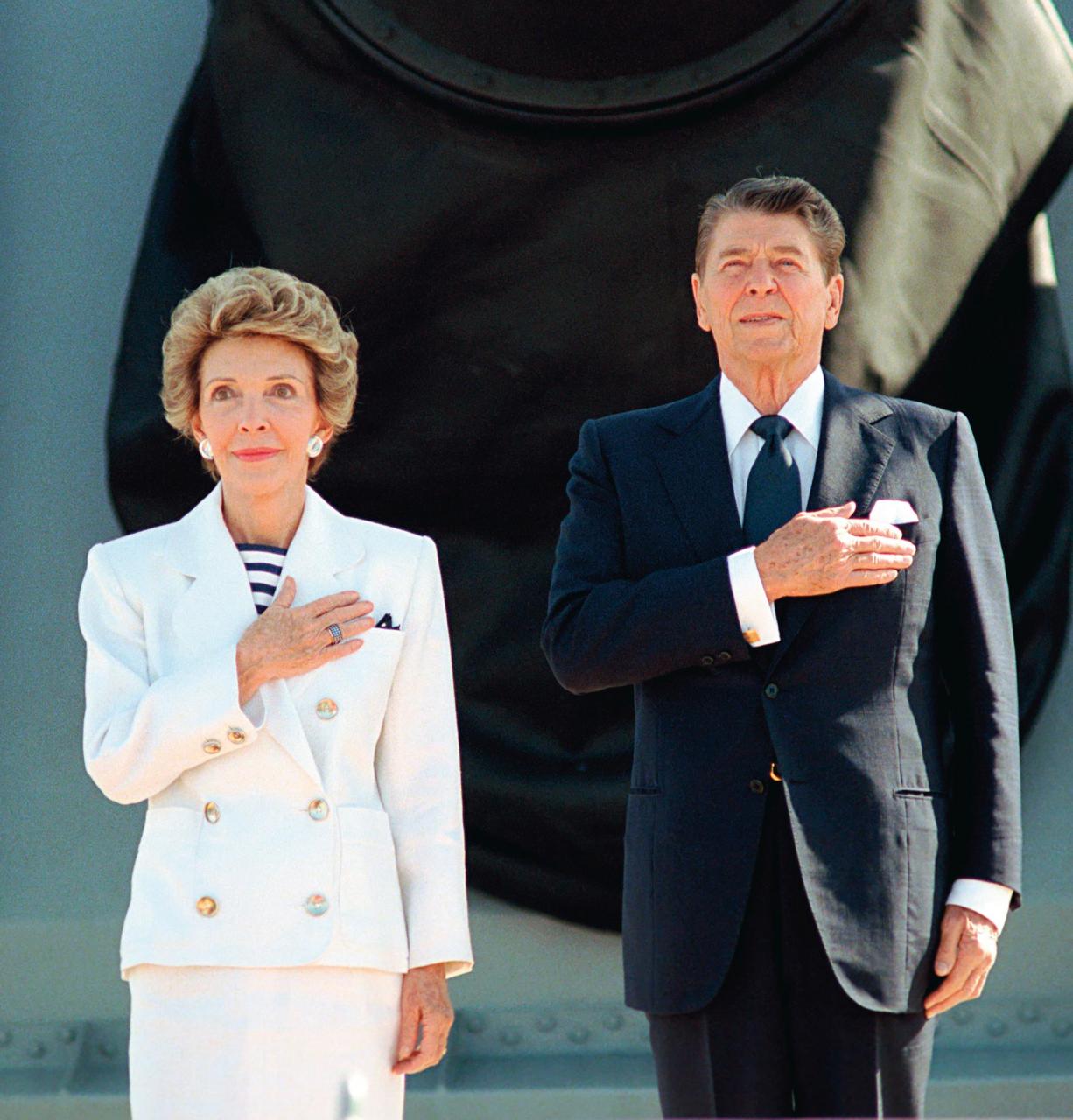 Also, in the collection is a lovely gold, coral and diamond brooch designed by renowned jeweler William Ruser, estimated to be worth $2,000-$3,000: 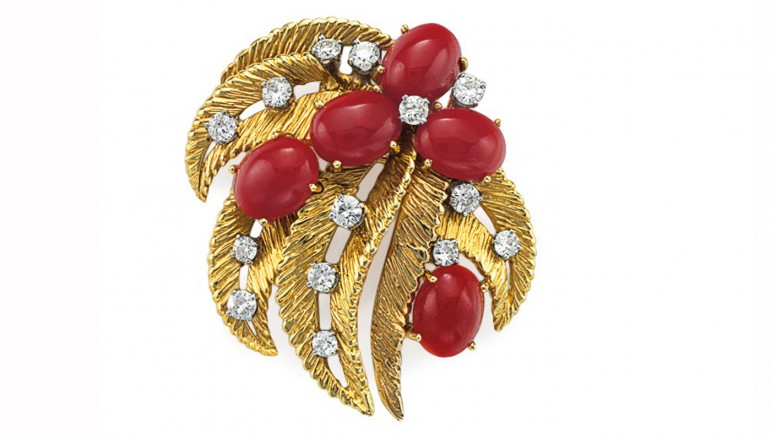 The eighty-three lots of Mrs. Reagan\’s jewelry that are being auctioned next month have an estimated total of more than $230,000. And jewelry is just a small portion of the more than seven-hundred Reagan mementos that Christie\’s is selling, which include a small piece of the Berlin wall signed by Ronald Reagan himself.

“Nancy Reagan\’s Jewels Are up For Auction, and They Are Quite Something.” Bloomberg. 18 August 2016. Web. 24 August 2016. http://finance.yahoo.com/news/nancy-reagans-jewels-auction-quite-100104104.html;_ylt=A0LEV1MO6LVXBFgAtTxXNyoA;_ylu=X3oDMTEycGhxcW11BGNvbG8DYmYxBHBvcwMxBHZ0aWQDQjIxOThfMQRzZWMDc2M-