In March, we blogged about the “Jubilee Ruby” that was up for auction with Christie’s. Here’s the latest update: 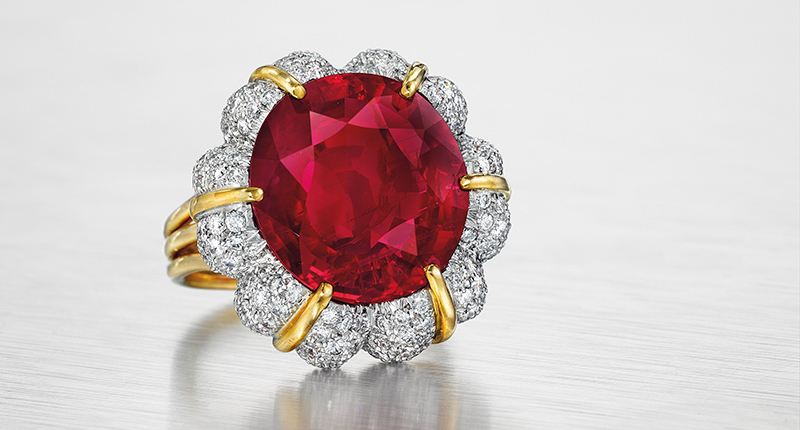 The oval-shaped 15.99-carat “Jubilee Ruby” sold for $14.2 million at Christie’s Wednesday, making it the most expensive colored gemstone ever sold at auction in the United States, according to Christie’s.

The ruby, set in a platinum and 18-karat gold ring by Verdura, topped the auction house’s Magnificent Jewels sale held Wednesday, with its final price falling within the range that Christie’s predicted when it announced the sale last month.