December has several birthstones associated with it, all with beautiful blue hues that are stunning. Blue Topaz has become the accepted birthstone because of it’s popularity and relative ease to find. Other associated birthstones are turquoise and zircon.

Topaz actually has an exceptionally wide color range that, besides brown, includes various tones and saturations of blue, green, yellow, orange, red, pink, and purple. Blue shades of Topaz include the vivid Swiss Blue, the pale Sky Blue, and the dark London Blue.

The ancient Greeks believed that topaz gave them strength. In Europe during the Renaissance (the period from the 1300s to the 1600s) people thought that topaz could break magic spells and dispel anger. For centuries, many people in India have believed that topaz worn above the heart assures long life, beauty, and intelligence. 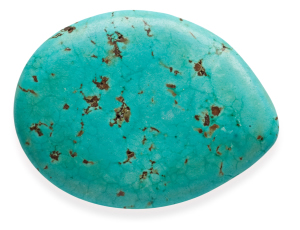 Turquoise is found in only a few places on earth: dry and barren regions where acidic, copper-rich groundwater seeps downward and reacts with minerals that contain phosphorus and aluminum. The result of this sedimentary process is a porous, semitranslucent to opaque compound of hydrated copper and aluminum phosphate. Turquoise is one of the world’s most ancient gems. Archaeological excavations revealed that the rulers of ancient Egypt adorned themselves with turquoise jewelry, and Chinese artisans were carving it more than 3,000 years ago. Turquoise is the national gem of Tibet, and has long been considered a stone that guarantees health, good fortune, and protection from evil. 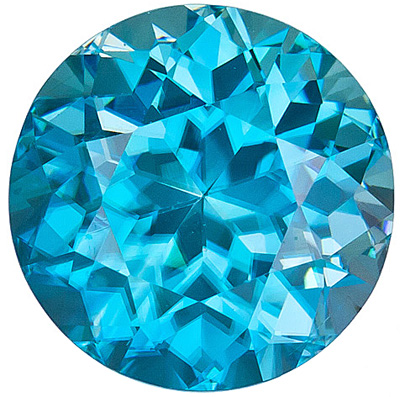 Zircon occurs in an array of colors. Its varied palette of yellow, green, red, reddish brown, and blue hues makes it a favorite among collectors. In the Middle Ages, this gem was thought to induce sound sleep, drive away evil spirits, and promote riches, honor, and wisdom.

Come in to Unforgettable and see our beautiful blue stone selection for our December girls.