Blue Diamond Could Sell For Over $35 Million

Home / Blog / Blue Diamond Could Sell For Over $35 Million 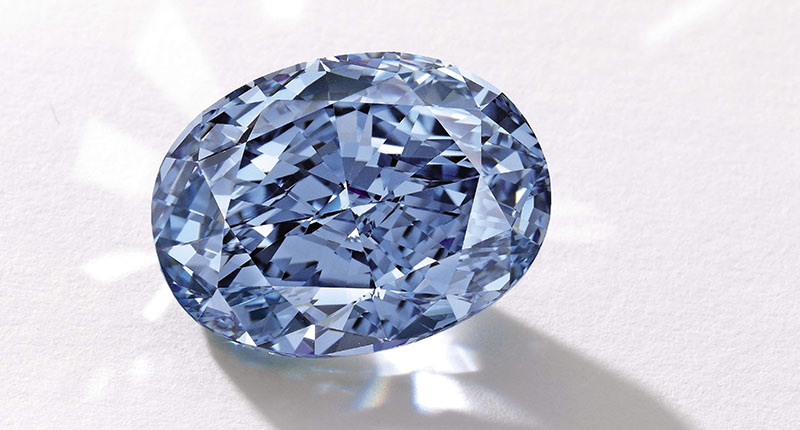 “The largest oval-shaped fancy vivid blue diamond ever to appear at auction is expected to fetch $35 million this April at Sotheby’s.

The collection was comprised of 12 rare and valuable diamonds from the Cullinan Mine in South Africa that took decades to assemble and included the 203.04-carat “Millennium Star.” Nine out of the 11 blue diamonds in the collection were graded by the Gemological Institute of America as being fancy vivid.

To date, only one diamond out of the dozen has ever come onto the open market, Sotheby’s said. The auction house sold the “De Beers Millennium Jewel 11,” a 5.16-carat internally flawless pear-shaped fancy vivid blue diamond, in April 2010 in Hong Kong.

Now part of an Asian private collection, the fancy vivid blue De Beers Millennium Jewel 4 will be the second stone from the collection to hit the market when it goes up on the auction block April 5 in Hong Kong at Sotheby’s sale of Magnificent Jewels & Jadeite.

“There have been fewer and fewer new rough diamonds discovered over the last decade that produce this color,” said Tom Moses, executive vice president and chief research and laboratory officer at the GIA. “Most of the recent diamonds offered for sale in this category are coming from private collections, not diamond mines.”

The diamond has a pre-sale estimate of $30 to $35 million. The current world record for a diamond sold at auction is $48.5 million and is held by the Blue Moon of Josephine, a 12.03-carat cushion-shaped internally flawless fancy vivid blue diamond sold at Sotheby’s Geneva last November.”

Also part of Sotheby’s April 5 sale in Hong Kong is an “exceptional” jadeite ring, which is expected to sell for up to $4.5 million. 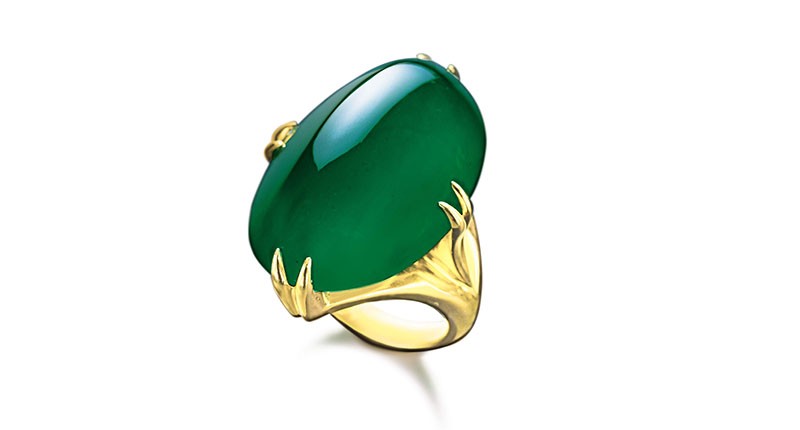 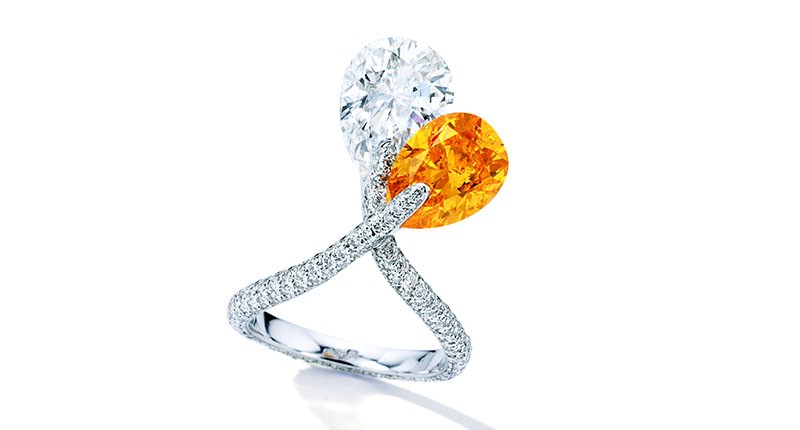 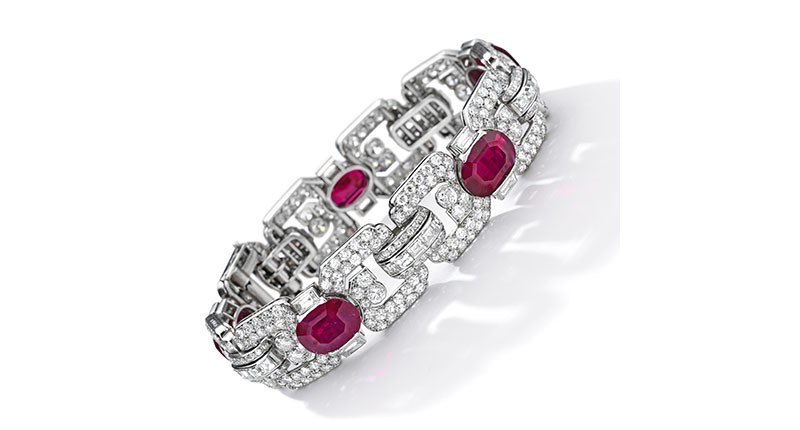