In the late 16th century, deep in secret catacombs beneath Rome’s Via Salaria, local vineyard workers discovered something astonishing. Bones…thousands of them. Bones that were soon declared to be the remains of hundreds of holy, Christian martyrs. 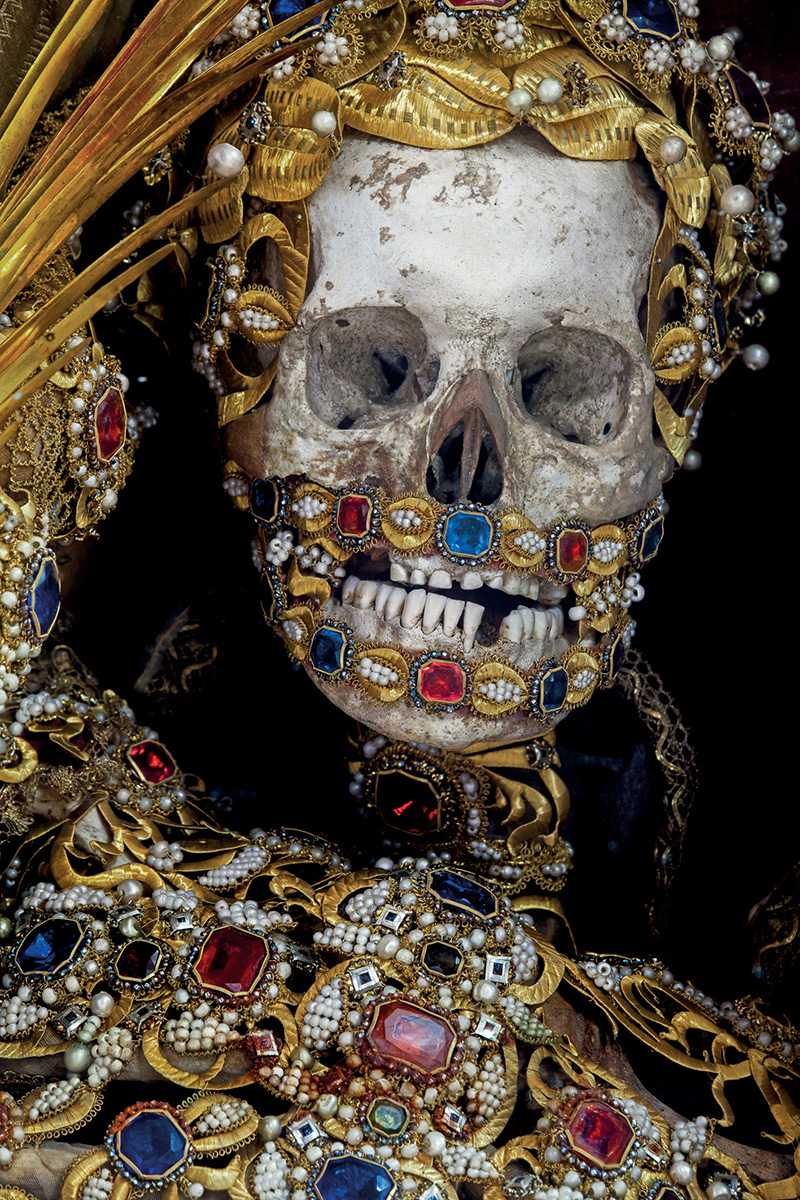 As the news spread, churches across German-speaking Europe began receiving these sacred bones, in part to replace holy relics that had been destroyed during the Protestant Reformation. These conferred saints were lovingly bedecked with fine clothes and jewels as a form of religious veneration. 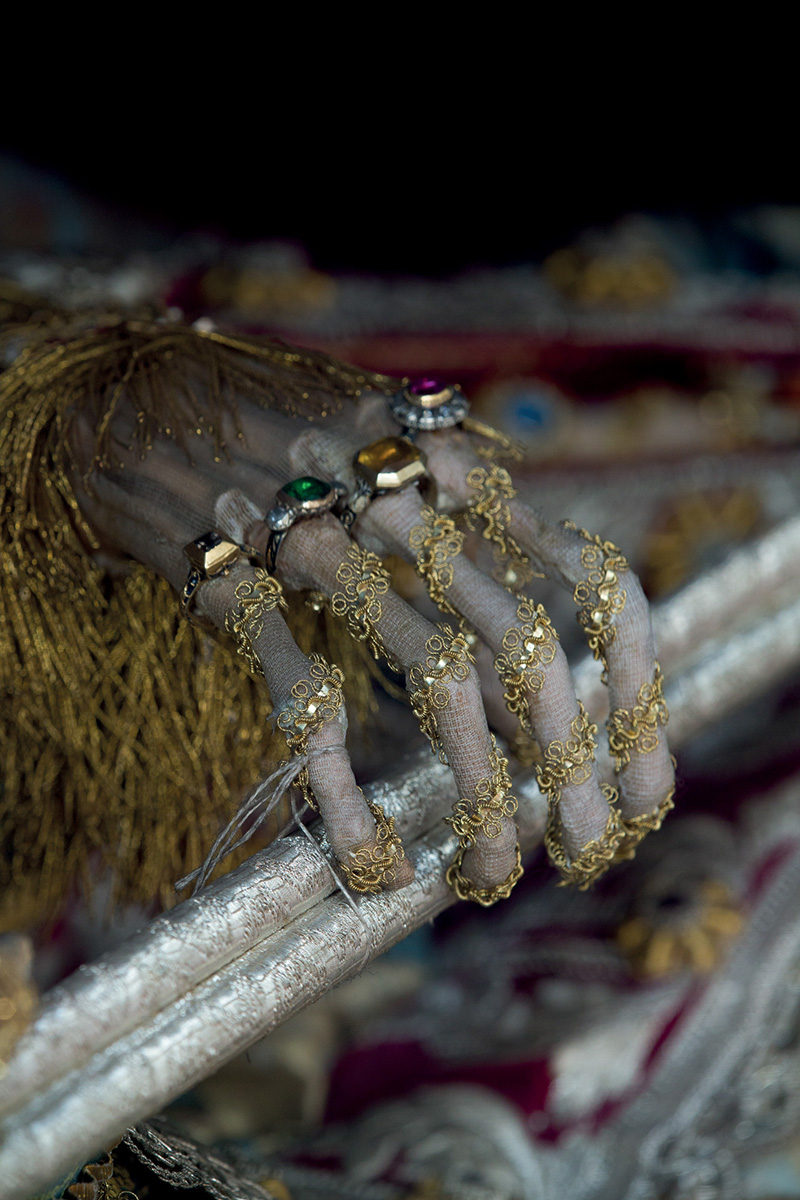 Through the succeeding centuries, however, these glittering shrines were forgotten, collecting dust and fading into dark corners of increasingly deserted naves. 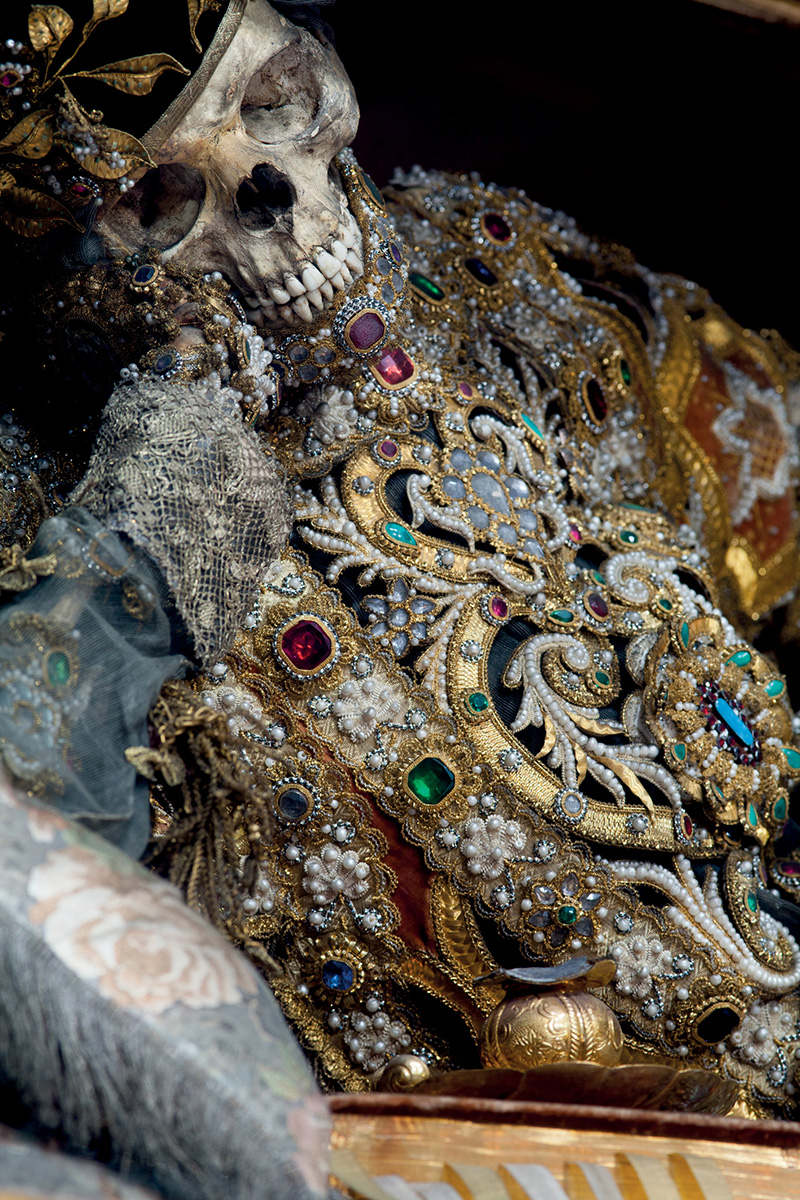 Until recently that is, when historian and photographer Paul Koudounaris stumbled upon them again, and again, and again. What he at first thought was a wonderfully interesting fluke, he soon discovered was just the beginning of a much larger discovery. So he began looking for and documenting these bejeweled skeletons, eventually compiling his photos into a book full of “spectacular saints.” 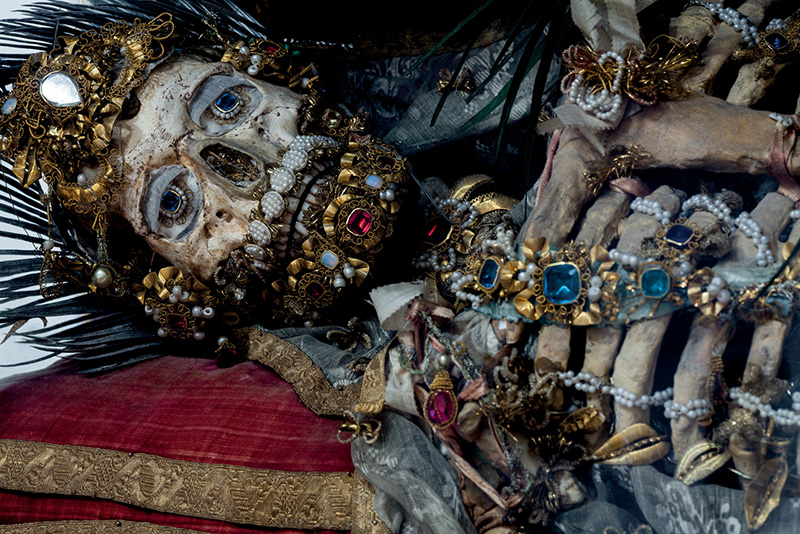 To delve deeper into these fascinating photographs, look for Paul Koudounaris’ book Heavenly Bodies: Cult Treasures and Spectacular Saints from the Catacombs.